A series of rather recent technical developments permit photography to go in new directions. I think we should welcome them and explore them – but without letting technology or perfection take over. Photography will always be a matter of shooting the right motive at the right place at the right time – and what that means will never be defined once and for all – and a lousy picture won’t become great just because you put it through Photoshop.

Look at the photo below of a pair of pears. Under them is a plate with some coffee beans with a napkin on top and then those two beautiful shapes, almost making a couple, signifying autumn and juicy delight. I did it in no time in a private kitchen between carrying things out and in and it was only a raw picture, and I tell you it all looked very commonplace, trivial…outright boring; exactly as something just put there in a hurry in a kitchen – although I took advantage of the structure of the beans to let them stand up on their ends rather than lying on the napkin. But that is all I did.

The result you see is all thanks to technology, an iPhone with some “app” used in a late evening in a kitchen corner with too little light and then worked on just a little in Photoshop. It could have appeared in literally thousands of other ways; this is just one example. 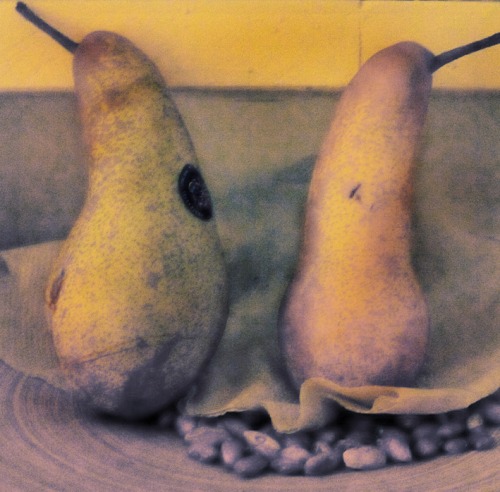 This article offers some of my thoughts on this, not the least stimulated by people coming to my gallery and often questioning the use of “all these new things” and “why can’t a picture just be a good picture anymore”? They are very legitimate and I respect those who stick the their last day with good old films (as long as you can buy them) and lock themselves up in a darkroom. Fine – but I don’t.

• Digital photos have interesting patterns in their depth; you’ll see it when you do some “pixel archaeology”, i.e. take a little piece of a picture, blow it up, take a little piece of that and blow that up, etc. There is a hidden beauty deep down in any digital photo. I tried to show that in on my exhibitions early 2011 of which you can see a few here.
So digitalization permits explorations of technology and art that was simply not possible in the good old days of film rolls.

• Photoshop and similar programs holds the potential to do what you did before in a darkroom – but much more than that. I’m thinking here of tools such as levels, curves, selective colour, the numerous filters, cloning, and all the more artistic filter tools such as, say, crosshatch. With lots of tools you can convert pictures in a number of other types of appearances, making them look more like drawings, piece of graphic art, stylized and changes of ‘moods’ or atmosphere.

• The iPhone is rapidly becoming a new tool for shooting pictures. With its 4 or 5 megapixels, it is a much better camera than digital fine cameras just a few years ago but of course it cannot compete with a ‘real! camera or 20 megapixels. I would never use it if I was on a serious assignment of portraiture, close-ups, landscapes, or the like.

However, the iPhone has its advantages. One is that you can always take it with you; we all know that the real camera with its different lenses etc requires careful planning, an extra bag, and weighs 2-3 kilos. Well, you travel with a computer too and other stuff and know that every gram you can offload is helpful during that hot summer day walking around in a city.
So, yesterday the choice was between having your heavy stuff with you or not having a camera at all. With the iPhone this is no longer an equally tough dilemma. And haven’t we all experienced how a motive appears in front of our eyes exactly when we decided to leave the camera at home or at the hotel room.

• I mention the iPhone because – and that is my fourth point – you can work with all the photo and video apps – applications – that you download from the iTunes store or elsewhere, incredibly cheap pieces of technology of 1-3 US dollars usually that expand tremendously what you can make out of a picture – either one you take when using these apps or ordinary pictures that you have taken earlier and process in these apps. Like so many others, I find Hipstamatic a great invention and I also TtV Studio a lot. And many others…

• Photo ink printers have become so much better than just, say, ten years ago. I bought a small Epson in the mid 1990s, tried it in numerous ways – only to give up. I don’t know whether it was the printer itself or the papers or their combinations. It just didn’t yield anything of value – except printing black text on white copy paper!
The last couple of years I have used an Epson R 2880 that can print up to the A3+ format. It is brilliant, esy to use and with magnificent, crispy, saturated colours. And I print on Hahnemühle, Innova and Canson papers which have also constantly been developed and improved.
I recently acquired a second hand Epson 7600 which opens totally new horizons for me in that it can print A1 papers and it can print on thicker materials such as canvas, plexi and metal up to 1 mm in thickness. Although not the newest model – which I cannot afford – it is such a joy to work with (and much cheaper because of much larger ink containers with much lover litre prices than those for the R 2880).

• Which brings me to the final point: that it is now possible to print on a lot of media, not only on glossy and matte fine art papers but on a lot of other materials such as textile, canvas, plexiglass, plastic film, steel, copper and papers, e.g. water colour papers, not specially prepared for photo ink pigment. (I am not talking about the UV method here but about ink printing on machines that are built for papers and perhaps canvas).
The reason for this is that a new development has taken place of so-called digital “grounds” that are applied applied pre-printing on the metal’s surface by spraying or brushes. It is a kind of emulsion, or “glue”, that makes it possible for the pigment to stick to the metal surface. As you can imagine, inks cannot adhere directly to the metal surface as it cannot sink in and dry on, say, steel or copper.

So, six technological developments that are influencing, to the extent we want them to, how phtgraphic images can be made. None of them existed a decade or two ago.

In the next blog post, I will list what I believe to be the advantages of these developments, based on – of course – my own experience. 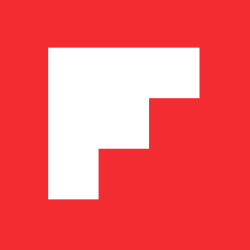